Nikki Limo is a comedian, actress, podcaster, and a very serious poker player. In fact, she recently made a final table, and six figures, in the second WSOP event she ever played (proof here). I’ve had the pleasure of e-meeting her through the Hand History Lounge, and she was kind enough to do an interview.

“So, I’m required by the poker journalism rulebook to ask you how you got started playing poker.”

“I’d rather not go through that, but since it’s in the rulebook… I guess I’ll oblige. I started when I was about eight years old. I come from a big Filipino family. We played board games, Scrabble, all that stuff. I think it was over Easter, and a bunch of the kids wanted to learn poker because the adults were playing it.

“We played with White Rabbit candies as chips, and I remember coming home with quite a bit of candy and being elated about this game. We played all those wild card games, Follow the Queen, and so on. About the time we were 12 or 13, the adults let us play with them. For whatever reason, the other girls stopped being interested, but I never wanted to quit.

“When I was college-age, I started having some ‘moderate’ success – that was around the time of the boom, so I guess I’m kind of a child of the Moneymaker era. I’d win $50 and think, ‘Cool, they just paid for a new necklace for me.’ And I just continued to play casually until the pandemic.”

“Lot of things continued ‘until the pandemic.’ Then what?”

“My husband and I were house-hunting in Las Vegas. A lot of our friends were out here, and it sounded nicer to be stuck in a large house with a pool than our much smaller condo in the L.A. valley. We had both been working from home for years, running YouTube channels and hosting our podcast, so it didn’t really matter where we were.

“But while we were house hunting in Vegas, we couldn’t really gamble, and what good is Vegas if you don’t get to gamble?! I started playing on the play money poker apps just to kill time, and it was around that time I picked up a book that referenced “GTO”, and I learned that poker – well there’s more to it than, ‘aces and kings are good; J3o is bad.’ I discovered the whole game theory thing and learned that there’s an entire field of study about playing poker well, which piqued my curiosity and honestly blew my mind.

“I mean, I was a pretty good intuitive poker player, but I didn’t know the game technically. Anything new and puzzly, I’m into – especially if it involves my left brain. I started studying game theory, bought a simulator, and worked with that. Each time I practiced I’d have a daily focus on a specific thing: 3betting, c-betting, whatever it was.

“Then I went to play live.”

“Forgive me, but that’s such a ‘woman’ thing to do. Men are all, ‘I am just genetically good at poker, of course.’ You, however, study, practice, and learn first, then you go play. If there’s any justice, you crushed them.”

“I started playing cash initially and yeah, I did pretty well. About the gender thing – I do find women much harder to read than men, and maybe it’s because guys aren’t typically socialized to hide their emotions as much as women are. So, for me, it’s usually much easier to tell when they’re lying – I’ve had a lot of practice dealing with lying men in my life haha”

“It sounds like you brought a professional and disciplined attitude to the game.”

“Wait. Your entire poker bankroll was grown from that original $1,000? Those sorts of origin stories are extremely rare.”

“Yeah, well I guess Poker Degen Nikki didn’t want to have to wait until next month to be in action, so she (well, I) played carefully and as smart as I could (and didn’t drink at the table).

“As my bankroll grew, I was persuaded I was a winning player, and started to glance over towards tournaments. You know how it is – when you’re in Vegas during the WSOP, it’s all anybody talks about. Even at the cash tables, everybody’s talking about the events they’re going to play, who’s cashed what. It’s completely seductive.

“I first had to see if I was emotionally ready for tournaments. The best players cash 20% of the time. What if I cashed 10% of the time? Could I deal with that? I started playing a lot of small online tournaments. Then I had my big windfall – I won a $30 tournament for $2k. Now I had money to hire a coach!”

“Yeah, no. Professional Nikki was all over that. She’d learned that from many prior enterprises: when you get some extra money, you plow it back into business development. In this case, that meant hiring Jesse Sylvia. He finished 2nd in the 2012 WSOP Main Event, he’s won a WPT title – he’s an absolute crusher. Andrew Neeme recommended him to me. I surprisingly had a hard time finding referrals. I don’t know if poker coaches are all just extremely busy, or if no one wants to share their secret coaches, but I had been looking for a while before Andrew got me onto Jesse, and he’s been awesome for my game.

“I played my first live tournament at the Orleans in late March. $100 buy-in. After playing online, man, it was hard. Keeping track of stack sizes, how many blinds you have, how many blinds the other players have, all of it. Most of the time I was on my phone calculator trying to figure out my stack size so I knew what range to play! Anyway, I busted out of that one pretty quickly. But I went back the next week – there were about 180 runners. I won that one. Obviously, I had to get lucky – at one point, I shoved ace-ten and ran right into aces. I made a straight, but that’s tournament poker. That was at the beginning of April. The next one I played, I made the final table again.

“And I kept studying. Range charts, push/fold ranges, all of it. I won a survivor tournament at the Venetian. The bankroll kept building, and I kept studying. Also, I read Maria Konnikova’s book, The Biggest Bluff – weirdly, my therapist recommended it to me.”

[Editor’s note: I will spare the reader a review of the time that Nikki and I spent gushing over this book and Konnikova’s writing in general. Suffice to say, if you haven’t read The Biggest Bluff, go read it now.]

“There was a place in there where Maria talks about how she was cashing 50% of her tournaments. And her coach, Erik Seidel, told her that that was too high a number, that she was playing ‘too safe.’ She needed to take more risks to build a stack that could get her to the final table.

“So my new motto: ‘Embrace the variance.’ I don’t do a lot of min-cashing. In fact, so far in live tournaments, I have either made the final table or not cashed at all.”

“Amir Vahedi famously said, ‘To live, you must be willing to die.’”

“Exactly. I have a narrative that’s just like that. When I reach a point that I’m about to shove, I say to myself, ‘Am I willing to die on this hand?’ If the answer is yes, then the chips go in. Either I bust, or I don’t. But I feel good about the decision.”

Editor’s note: this was supposed to be an article about Nikki Limo’s WSOP final table run. But she turned out to be far too interesting for one piece of reasonable length. We’re going to take a pause here and come back in part two to talk about the WSOP itself, and a few more thoughts from her. 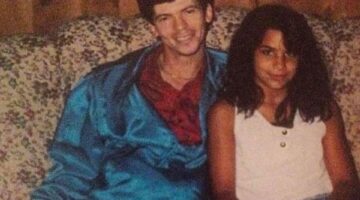 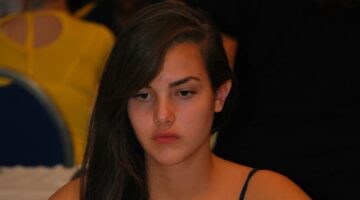 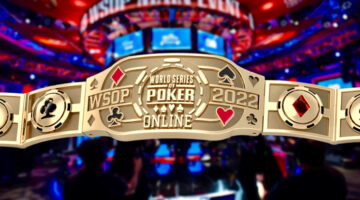