Andrew Neeme returns to the felt

The Las Vegas live poker scene saw the return of a familiar face this week, as poker vlogger Andrew Neeme returned to the cash game scene after a nearly seven-month hiatus.

Neeme, the Global Poker Index Awards Vlogger of the Year in 2019, posted a new episode of the vlog Tuesday. In the episode, titled This is Poker in Las Vegas Now, the award-winning vlogger hits the Las Vegas cash game scene for what he says is the first time since March.

Neeme heads to the Bellagio for a $5/$10 cash game and encounters a scene that looks very different from the pre-COVID era. The last episode of Neeme’s vlog that revolved around live poker posted March 11.

Since then, Neeme has posted other new episodes of the vlog, but most have revolved around online sessions Neeme played during the GGPoker WSOP Online Bracelet Events. Neeme traveled to Mexico to play in those online events, but Tuesday’s new edition of the vlog marks the first time the poker community has seen Neeme is his familiar Las Vegas cash game environment.

A masked Neeme shows up at the Bellagio for what ends up being one of the shorter episodes of the vlog, in a completely changed environment for the longtime cash game grinder. The Bellagio poker room welcomes Neeme to six-handed games and the plexiglass dividers that have become the unmistakable mark of COVID-19-era live poker.

Neeme goes right into his well-known hand review style after that, but the episode goes by rapidly, clocking in at under seven minutes. 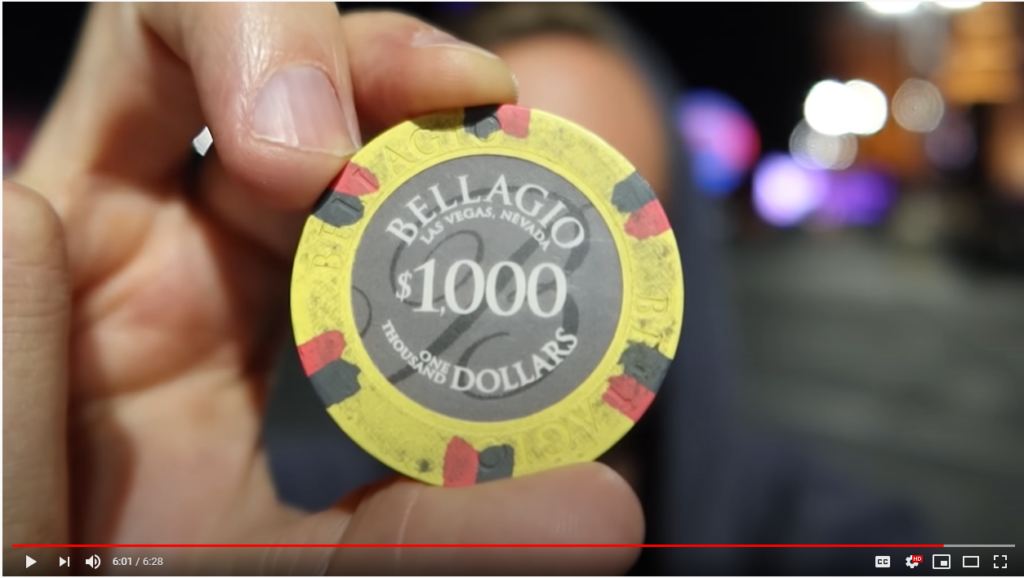 Neeme ends up with around $1,000 profit in his first live poker session since March.

Short vlog entry, but Neeme is back

Still close to the poker room, a masked Neeme gives an account of a hand that saw Neeme hit a river straight and fold out his opponent to win a big pot.

The next scene cuts to Neeme on the rooftop parking lot, where Neeme spends the rest of the episode recalling hands from the session. These hands go by in rapid-fire fashion, and at the end Neeme shows off a yellow $1,000 chip, representing his approximate profit for the night.

Neeme doesn’t give word on when he might post the next entry of the vlog. This short piece of new content from the pro on the live cash game scene, however, offers the poker world a little piece of normalcy as the COVID-19 pandemic approaches its eighth month on U.S. shores.