French tournament specialist is the latest addition to Team partypoker

Team partypoker has added another of poker’s best players to its squad, with the signing of French tournament star Benjamin Pollak. Pollak becomes the newest member of Team partypoker in the midst of one of the busiest times of the year for the European Union version of the online poker platform.

The international version of the partypoker client currently hosts the World Poker Tour World Online Championships, as well as POWERFEST. Both of those tournament series play on throughout September.

In the midst of two of the biggest tournament series of the year on partypoker, the brand added an ambassador with nearly $13 million in live tournament earnings according to Hendon Mob.

Pollak announced the partnership on Twitter Wednesday, telling the poker world about his status as Team partypoker’s newest acquisition.

“I’m thrilled and very excited to join the partypoker team,” Pollak said. “They’ve supported players from the beginning and see the game as I do. I couldn’t be more happy to support them and be part of this great adventure. See you all around the tables!” 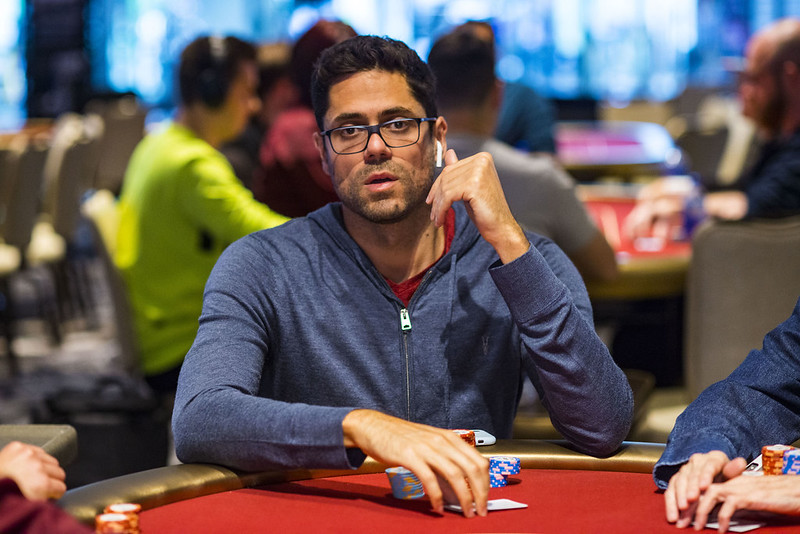 Pollak began playing poker in 2006, and by 2008 started posting the first cash finishes of what would turn out to be a successful tournament poker career.

“I immediately felt that I was able to go far,” Pollak said of his poker beginnings in the official partypoker announcement. With hindsight, it may be because I had spent 10 years in magic and I was therefore used to cards and bluffing. Poker was a revelation. I felt it was made for me.”

One of Pollak’s breakthrough wins came in a €3,000 No Limit Hold’em event at the Trophees Haussman series in Paris, which Pollak took down for a €100,800 first-place payday. That win, which marked the first six-figure payday of Pollak’s career, came in June 2010.

Pollak’s next six-figure cash came in December 2011, with a fourth-place finish in the WPT Prague Main Event for €100,800. Those two events stand as the first pieces of a decade of excellence from Pollak in the tournament poker realm. Pollak has posted more than 20 six-figure cashes in his career.

partypoker made Pollak the latest of a team of ambassadors that already includes some of poker’s top players. Those names include Patrick Leonard, Isaac Haxton, Ludovic Geilich, and Dzmitry Urbanovich.