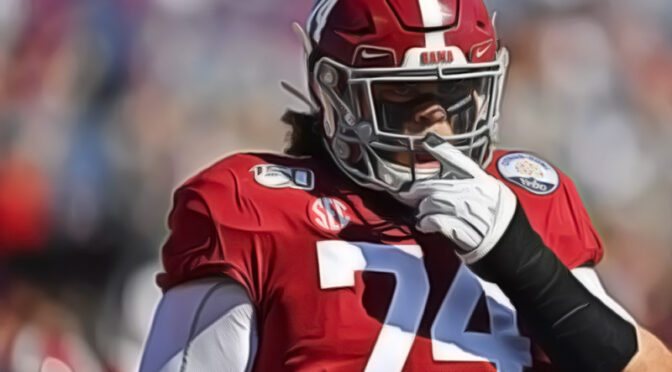 Although we still have no idea when – or even if – the 2020 NFL season will get underway thanks to the COVID-19 pandemic continuing to wreak havoc in the US and abroad, that hasn’t stopped NFL bookmakers from releasing futures and season win-total lines to, at the very least, give football bettors something to dream about. So with the NFL Draft now behind us, and a number of the marquee players already getting settled into new uniforms, let’s look ahead to better times when tailgate parties are back and the betting-lines are long.

Yesterday I spoke about one of my favourite under-the-radar season-long bets in the Carolina Panthers so today I want to go on the polar opposite of the spectrum and discuss one of the most obvious and what should, in my opinion, be the most popular division-winner bets of the season: the Baltimore Ravens.

Barring an injury to Ravens’ QB Lamar Jackson – who last season became only the second player in NFL history to earn all 50 first-place votes and win the league MVP unanimously (with the first being Tom Brady, of course), I see absolutely no good argument outside of wishful thinking for why the Ravens will not only win their division, but have a fantastic shot at repeating as the league’s best regular-season team. Not only does Baltimore play in a division that includes the Steelers, Browns, and Bengals – not exactly a murderer’s row of opponents – but by some miracle that only Ravens fans can appreciate, when the season gets underway Baltimore will be playing the single easiest schedule in the NFL based on their opponent’s 2019 record, which came in at a putrid 112-144 (.438% winning percentage).

And as if that wasn’t enough to put the fear of god into the rest of the league, Baltimore will not only be returning 18 of 22 starters from last year’s 14-2 team, but made huge upgrades to two key weaknesses by acquiring Pro Bowl defensive lineman Calais Campbell from the Jacksonville Jaguars and former Bronco DE Derek Wolfe who has already made Baltimore-style waves by declaring he cannot wait to play the Steelers twice next season – who he both hated as a child due to growing up a Packers fan and then doubly so after they told him they would draft him with the 24th pick before going back on their word and letting him fall all the way down to Denver in the 36th spot.

So while it’s never super appealing to make a futures bet on a -230 favorite, I can not imagine finding a division-winner bet with higher expected value than backing the Baltimore Ravens in 2020.