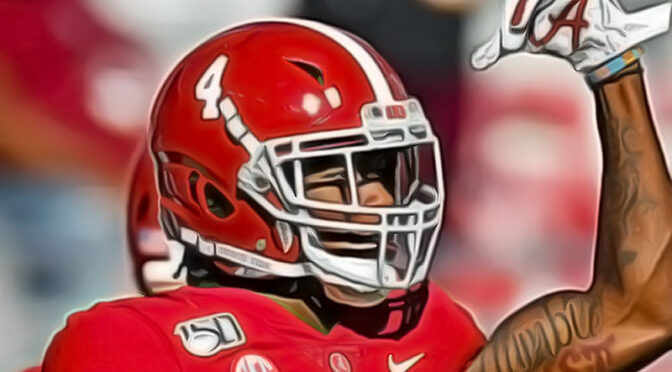 The wait is finally over. The NFL Draft starts tonight at 8pm ET as the next crop of first round picks get selected. This draft is like prime rib and steak rolled into one for starving football fans!

Bettors are also more interested in this draft than usual, with live sporting events of the NBA, MLB, NHL and more temporary shut down due to the Coronavirus. That’s why, for the last week, we’ve been previewing proposition bets available at the Winning Poker Network sportsbooks.

The prop for today is whether Alabama or LSU will have more players selected in the first round. The odds are Alabama -370. LSU is +273.

LSU is coming off a national championship and has the presumed No. 1 overall pick in quarterback Joe Burrow. Linebacker Patrick Queen, DE/Edge K’Lavon Chaisson and wide receiver Justin Jefferson are also highly probably first rounders. The Tigers then have at least three other players who could go in the first round.

Alabama also has four first round locks in quarterback Tua Tagovailoa, offense tackle Jedrick Wills and receivers Jerry Jeudy and Henry Ruggs III. They also have four other guys who could potentially go in the first round.

Note the record for most players selected in the first round from one team is Miami with six back in 2004. It would be a great accomplishment for either Alabama or LSU to match that mark. Breaking the record seems pretty unlikely.

When I analyze everything, I think Alabama is only a small favorite to have more players picked in the first round. The odds value though is clearly on LSU’s side at +273.