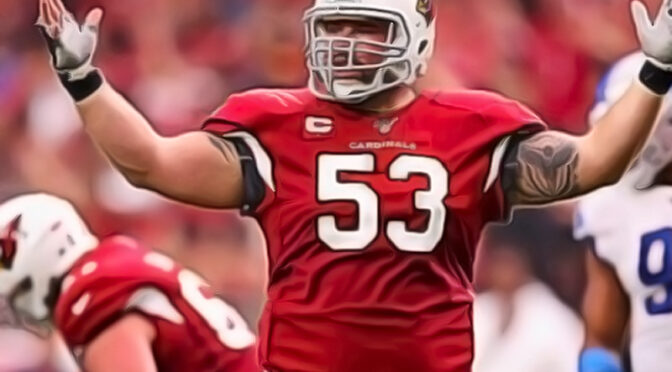 Yesterday I spoke about fading the Philadelphia Eagles’ season-win total, and today I’d like to go the other way and take a look at what I see as one of the riskier bets I have on tap for this upcoming season, but one that I see as still flying a bit under the rader: the Arizona Cardinals’ season win total. The current win total sits at 7 win at -125 odds (meaning that for every $125 you bet, you stand to earn $100 in profits) and while I think a push would not be at all surprising, my projections – which generally trend towards the conservative side when it comes to rating “bad” teams who have gotten better – have the Cardinals sitting on about 7.5 wins, so an 8-9 win season does not seem out of the question if we anticipate Arizona’s off-season moves to increase their edge more aggressively. And boy have their off-season moves been noteworthy!

First off, of course, we can not talk about the Cardinals off-season without giving acknowledgement to what was perhaps the biggest heist in the NFL since the Raiders traded Randy Moss to the Patriots for a fourth-round pick, acquiring Deandre Hopkins for a 2nd rounder and the ability to dump David Johnson’s $39 million contract. You never can tell in football until it’s all said and done, but pairing the blossoming talent that is Kyler Murray with one of the best WRs we’ve ever seen, might not have been the best idea for anyone hoping to slow a Cardinals attack that had already put up the 16th most points in the league even while going just 5-10-1 last season (though they did go 9-5-2 ATS, good for 4th best in the league).

But in hindsight signing Hopkins was just the cherry on the cake of one of the most solid off-seasons we saw in the NFL this year, with the Cardinals filling a whole bunch of needs with quality talent. Firstly, Arizona secured one of the draft’s top defensive talents in Clemson linebacker Isaiah Simmons, while also getting an absolute steal in the third round with OT Josh Jones who was projected as being a late 1st rounder or 2nd rounder at worst. The Cardinals further cemented a fantastic draft by nabbing DTs Leki Fotu and Rashard Lawrence, giving Arizona one of the biggest defensive lines in the NFL. But those weren’t the only moves the Cardinals made, signing two solid LBs in De’Vondre Campbell and Devon Kennard, as well as defensive lineman Jordan Phillips.

All in all, the Cardinals defense looks absolutely stacked heading into 2020, and with the offense now featuring both one of the best wide-receivers in the league in Hopkins and one of the longest-tenured and most durable in Larry Fitzgerald (not to mention fantastic route-runner Christian Kirk who should benefit greatly from the inevitable reduced defensive attention), it’s hard for me to imagine Arizona not being able to eclipse their 2019 win total by at least a couple of games. Ergo, over.