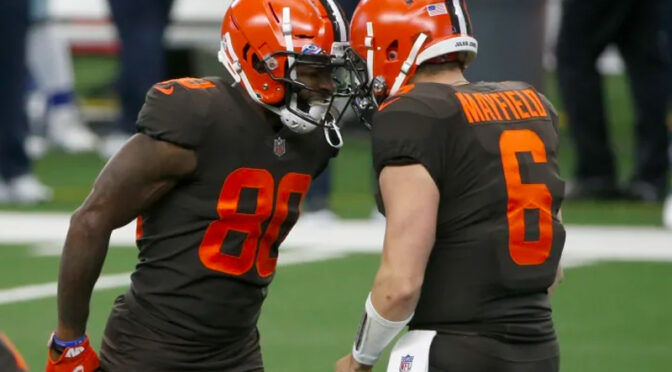 If you’re going to make betting decisions based entirely on buying low and selling high, the Colts/Browns game seems like an ideal candidate to consider. Because while it’s true that both teams have started the season 3-1, the conversation this week has been decidedly Browns-leaning, which makes sense considering they just demolished America’s Team in a hugely watched game while Indianapolis (seemingly) only managed to squeak out a victory against a bad Chicago team. But although I’ve been bullish on the Browns since the preseason, I’ve been even more so on the Colts and have no intention of stopping now.

Yes Cleveland’s offense suddenly looks better than it has in a decade plus, yes the Colts are a little thin at the WR position, and yes Indianapolis has yet to be truly tested this season, but on the flip side, the Browns will be playing the top defensive unit in the league without their star RB, will be going up against arguably the best offensive line in the game, and will be facing one of the smartest QBs of our generation while ranking 21st in opponent average passer rating (vs the Colts’ first-place ranking in the same category). So if the Colts O-line can limit the damage done by Myles Garrett – be it through solid one-on-one matchups or by using constant double-teams much like the Cowboys successfully managed to do in the 2nd half with a much less talented unit – Rivers should have enough time to sit back in the pocket and attack a linebacker and secondary group that has given up the 5th most points per game at 31.5 (the Colts once again lead the league in this category giving up an average of just 14 points per game).

Additionally, even after the Browns’ prime-time win against the Cowboys and the Colts’ somewhat lackluster win vs Chicago, bookmakers were forced to quickly adjust the betting line of -1 to as high as -3.5 after sharps seemingly hammered the Colts at open. So although I expect this to be a much tougher test for Indianapolis than they’ve previously had this season (and as such won’t be playing it for more than one unit), I do still see edge in fading the post-Cowboys hype and backing the team I expect to come out ahead by season’s end.