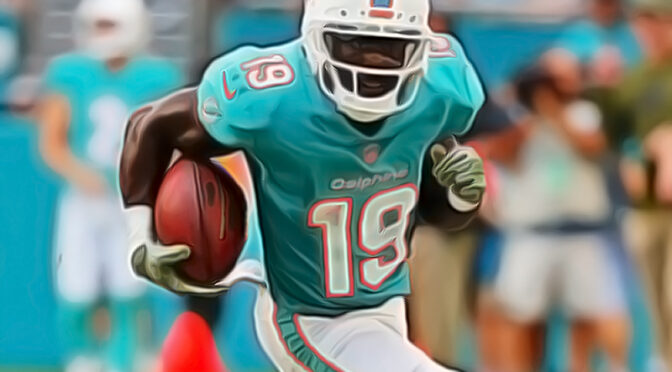 The NFL released their schedule last Thursday night. It gave football fans something to look forward to during a time when other sports are on a forced Covid-19 hiatus.
Now, fans and bettors alike are turning their attention to Week 1 of the NFL regular season. This is obviously a huge week to get off to a good start. Losing and going 0-1 is not the end of the world, but it puts a lot of pressure to win the following week.
Poker.org has been covering the NFL all offseason and we’re continuing by picking winners against the spread for Week 1. Note all odds come from Winning Poker Network sportsbooks.
The Dolphins have had a good amount of success against New England recently, even when Tom Brady was playing. In fact, last year’s 27-24 Week 17 road win as huge 17-point ‘dogs arguably sealed Brady’s departure from the team. That loss caused the Patriots to lose a first-round bye and they ended up losing to Tennessee in the Wild-Card round. Brady has now taken his talents to Tampa Bay.
Miami coach Brian Flores did a nice job in his first year with the team, winning five of the last nine games after most fans were expecting them to tank. He’s from the Bill Belichick coaching tree, spending many years up in New England. He’s not intimidated going against his former boss as last year proved.
Belichick has taken a major gamble in letting Brady walk. The presumed starter is second-year quarterback Jarrett Stidman. He has the physical tools but was only a 4th round pick. The team could also have a hangover without Brady’s leadership for the first time in 20 years
I think this will be a very close game, and I’m taking the points.