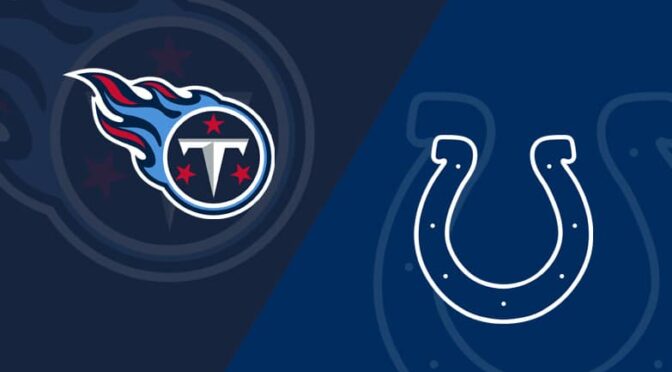 Although my initial instinct was to play the Titans in this huge divisional matchup, the Colts are one of 5 teams currently falling under the dataset discussed above and, as per the rules of this experiment, must be defended as the side to back this week, so let’s do that now.

First off, when it comes to my favorite handicapping metric – buy low/sell high – this matchup sets up perfectly for a Colts play – with them coming off a loss in which they were relatively dominated by the Ravens – and their opponent managing to close out a game against the Bears that was an onside kick away from being very interesting. However, Indianapolis’ loss was to be expected playing against a defense ranking as best in the league in opponent points per game, while the Titans’ D ranks 16th under the same metric. More importantly, Tennessee has so far put up the second worst opponent red-zone scoring percentage, giving up a touchdown on a whopping 79% of eligible drives while allowing 3.6 such scoring opportunities per game.

In contrast, Indianapolis’ defense has given up the 3rd fewest points per game, 7th fewest points per play, and 10th best yards per pass attempt. However, if there’s an area the Colts struggle it’s most definitely in the run game, giving up the second highest yards per rush attempt in the league, something that could be a huge problem against the yardage monster known as Derek Henry who currently ranks 2nd in the NFL in rushing yards behind only Dalvin Cook. However, on a per-play basis, Henry ranks as just the 13th best RB, so if the Colts are able to load the box and make him work hard for his yards while taking advantage of their own opportunities against a weak Titans red-zone defense, they should have a good shot at, at the very least, keeping this one close and adding to their 12-4 ATS record playing in Nashville since 2012 (14-2 as a teaser).

And with a 6-point teaser taking us through both key numbers of 3 and 7, I like the chances of getting the cover in what should be a slow grind-out type of game.