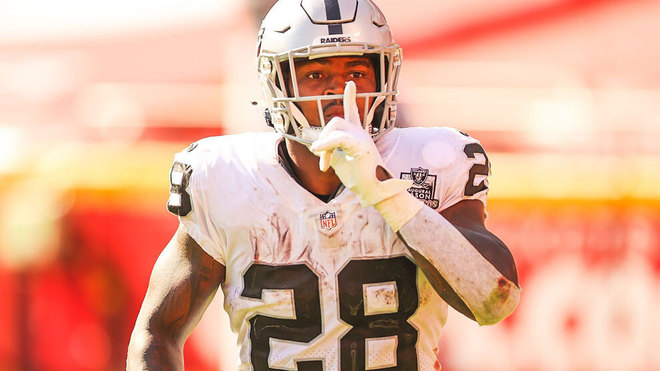 With a number of games on this weekend’s NFL schedule seeming particularly tough to handicap, my strategy for Week 11 is to focus on what I see as the low-hanging fruit, honing in on matchups that either pit two teams with vastly different talent levels, or looking to continue to attack the buy-low/sell-high strategy that’s worked so well for us so far this season. Fortunately, Sunday’s tilt between the Chiefs and Raiders checks off both criteria.

First off the stats: while much has been made of Las Vegas’ offensive progress this season (and rightfully so), they of course continue to trail the Superbowl champs in most key metrics including yards per pass attempt, yards per rush attempt, points per game, red-zone scoring percentage and average scoring margin – the last of which see the Chiefs leading the league at a whopping +11.4 points vs the Raiders’ +1.6.

Things don’t get much better on the defensive side of the ball, with Kansas City eclipsing Las Vegas in opponent points per game, opponent yards per play, and turnover margin. And as if that wasn’t bad enough in itself, the Raiders have reportedly placed eight defensive STARTERS on the Covid reserve list. And although some or all of them could be reinstated in time to hit the field, they’ll need to do so against (arguably?) the best offense in the league without a single team practice.

So although much has been made about Las Vegas’ unexpected win in week 5, I’m happy to chalk that one up to a once-per-season occurrence and bet on the clearly better team while using the public’s overvaluing of prior results to ‘sell the top’ on the Raiders. And with the betting-line resting at -7 at time of writing, this is yet another game that is set up perfectly for a six-point two-team teaser bet.