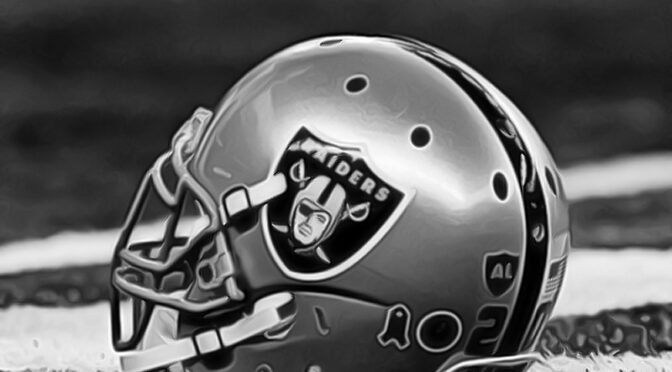 Yesterday I wrote about betting on the champs and today I’d like to make a case for betting against the city literally built on the back of bad bets: the Las Vegas Raiders under 7.5 win (-135 odds).

Firstly, let’s start things off by reminding everyone that the Raiders are owned Mark Davis, the same man who agreed to trade Khalil Mack, spent $100 million dollars to hire a coach who had been in the broadcast booth for nearly a decade (the team is 11-21 since the hire), and infamously said he felt no nostalgia playing his last game in front of one of the proudest and most faithful fan-bases in Oakland. And while those things won’t all impact the Raiders’ on-field performance this upcoming season (minus the coaching decision obviously), it bares mentioning that the Raiders’ problems aren’t exclusively found between huddles.

With that said, there are plenty on-field issues to discuss as well, not the least of which is the fact that the Raiders’ defense allowed the highest number in yards per pass attempt in 2019. And although they did address their defensive woes somewhat by adding veteran safeties Damarious Randall & Jeff Heath, as well as linebacker Cory Littleton, I don’t see those moves as being significant enough to tip the scales, at least not without very strong showings from their top two draft picks WR Henry Ruggs and CB Damon Arnette who will have to play well above their paygrade in one of the toughest rookie environments in NFL history (thanks COVID!) for Las Vegas to have a shot at hitting the Over. Ruggs in particular will need to come out of the gate swinging after Raiders wide-receivers struggled mightily in 2019, with not a single one catching more than 50 passes.

Additionally, the Raiders did not get any help from NFL schedule-makers, with the projected win totals method showing Las Vegas as having the 6th toughest schedule in the NFL, including an absolutely brutal start to the season that will see them playing the Panthers (who I expect to surprise some people), Saints, Patriots, Bills, Chiefs, Bucs, and Browns (who I also expect to outperform expectations). With that slate it wouldn’t at all surprise me to see Las Vegas treat their new fans to, at best, a 2-5 start, with 0-7 not completely out of the question either.

So regardless if they need to win 8 of their last 9, or “just” 6, I don’t see how a what will by then be a beaten down team with massive holes on both sides of the ball will manage to do so. Give me the Under and, as they say at the Vegas poker tables, let the chips fall where they may.