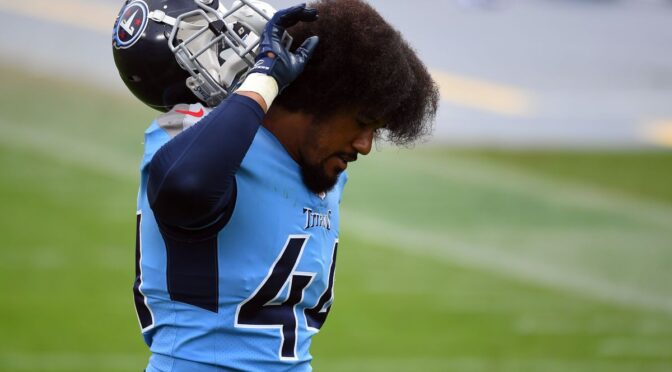 After following a 6-0 week with a 3-1 week that would have been 4-0 if not for a last minute backdoor cover by the Giants, let’s look to continue building on our teaser success with another two-part article covering 4 options for NFL Week 9 two-team teaser bets.

After putting up a complete stinker of a performance against the Cincinnati Bengals last week following a tightly-contested loss to the now 7-0 Pittsburgh Steelers, the time to buy low on Tennessee appears to have arrived in their matchup against the nowhere-near-as-good-as-their-record-indicates Chicago Bears.

That’s because while the Titans have no doubt struggled in recent weeks, they still possess an offense that ranks as the 4th best in yards per play, 3rd best in yards per rush attempt, and 2nd best in redzone scoring percentage. And although their defense has regressed from last season’s terrific showing, they should be able to get things back on track against a woeful Chicago offense that ranks as 6th worst average passer rating, 3rd worst in yards per play, and 2nd worst in 3rd down conversion.

And with a 6-point teaser bringing the line down to a pick’em, this one seems about as close to a ‘shrug and click’ play as exists in the NFL this week.

Speaking of Week 9 bets with high expectations, it’s tough to find an argument against teasing the Houston Texans down from a 7-point spread to a near-pick’em against a bottom three defense in nearly every meaningful metric that will be led by a 6th round rookie quarterback making his first NFL start.

Not only had nobody outside of Jacksonville heard of QB Jake Luton before last week’s Minshew benching rumors started circulating around the NFL media, but he’ll now be making his debut playing behind an offensive line that’s given up the 6th highest sack percentage in the league, not to mention with a receiving unit that only have 1 player inside the top 50 in average receiving yards per game.

And although the Houston Texans have been anything but reliable this season, it’s no doubt they have a distinct talent-edge in nearly every position on the field and are part of a road-favourites dataset that has gone 213-89 ATS when used as part of a 6-point teaser bet over the past 8 years including 15-5 so far this season. So while anything can happen on any given Sunday – especially when talking about the absolute mess the Texans have been in 2020 – I like this as a ‘get right’ spot for them to get their new coach his first win of the season coming off a bye-week.

Addendum: As the Coronavirus continues spreading through the NFL, the Texans have been forced to shut down their facility on Wednesday morning due to second-year guard Max Scharping testing positive for COVID-19. Fortunately, with the bye-week limiting the team’s interactions with one another, there is potential for this to be an isolated case. However, this will definitely be something to watch ahead of placing any bets.