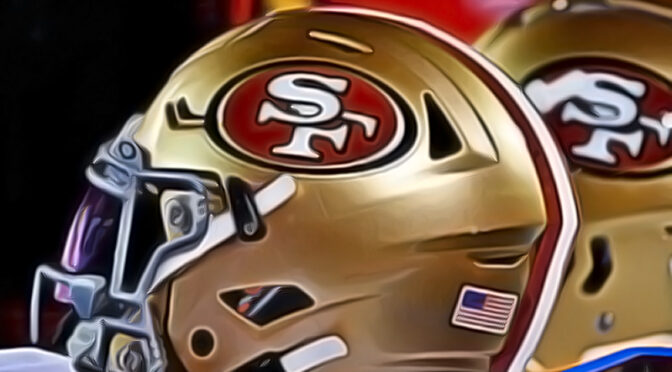 Last week I wrote about one of my favorite “Under” bets in the NFL and today I’d like to continue on the same path and look at another I see value in: the San Francisco 49ers Under 10.5 season-win total.

By far the two biggest moves of the off-season for this Niners team were trading off defensive tackle DeForest Buckner to the Colts (while drafting his replacement in Javon Kinlaw) as well as bringing in Redskins defunct Trent Williams. First off, while there’s no doubt Kinlaw has the potential to match or even surpass Buckner’s talent somewhere down the line, the trade undoubtedly makes San Francisco worse this upcoming season – which is obviously all we care about when considering an over/under bet. With that said, any (short-term) loss of edge SF suffered in the Colts trade was made up for by shoring up a big question mark in their offensive line with the trade for Williams. The fact that they were able to land Williams for just the 156th pick and a 2021 3rd rounder makes it all the much better. Still, it’s not insignificant that Williams sat out last year after falling out with the Redskins and now will presumably have a shortened off-season to begin his tenure with his new team due to the still evolving COVID situation.

Schedule-wise, San Francisco will be playing the 4th toughest schedule by 2019 win percentage and 14th toughest based on projected win-totals. And although that second ranking is easier to swallow for SF fans, the schedule really comes down to the 4 games against division opponents Cardinals and Rams, each with their own question-marks but both looking for big improvements over their 2019 campaigns, with the Rams needing their offensive-line to get back to its 2018 form and the Cardinals needing to find the best way to incorporate Hopkins into their much improved offense.

But perhaps most importantly for 49ers bettors is to consider the very real Super Bowl hangover, which has a winning percentage that would put most NFL teams to shame. That’s because over the past 19 seasons, the Super Bowl runner-up has only covered their win-total number a paltry 5 times, giving bettors a 74% success rate blindly betting the under. In fact, SB losers have failed to even reach the playoffs nearly half the time! So while it’s clear the 49ers are a well-built and well-coached team, NFL success can often be fleeting and counting on a team nobody expected to even make the playoffs last season, let alone come a quarter away from winning it all, to recapture the magic and buck such a powerful trend during a season that will undoubtedly be one of the strangest in NFL history, is not something I’m overly interested in betting on. Give me the Under 10.5 and I’ll take some Under 10 at plus odds too.