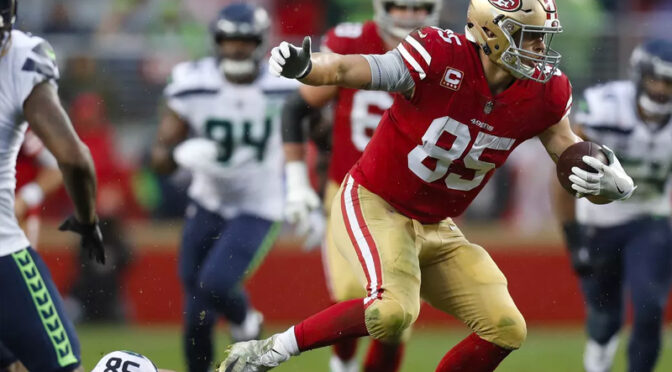 At least a couple of times per NFL season, a betting line develops that completely flabbergasts me, which is exactly the case in this week’s matchup between the San Francisco 49ers and Seattle Seahawks. Not only has the line moved down in favor of the Niners – something that might be debatable in and of itself – but has now actually crossed the key-number of 3, allowing Seahawks believers to back Seattle at just -2.5 in a key division matchup

This is surprising to me not just because Seattle ranks better in a whole host of key metrics including yards per play (1st vs SF’s 12th), yards per pass attempt (2nd vs 15th), and turnover margin (4th vs 16th), but because the Niners have been absolutely decimated by injuries this season, a trend that continued this past weekend with RB Jeff Wilson and WR Deebo Samuel both being lost for multiple weeks. And although much has been made of Seattle’s porous secondary, overall their defense ranks only slightly worse than San Francisco in points per play (11th vs SF’s 8th) and are actually even with the Niners in opponent yards per rush attempt. That’s not to say their pass defense is not terrible, because it truly has been so far this season, but with the 49ers fielding a receiving core that, apart from George Kittle, is devoid of any true breakaway talent. In fact, while Seattle hosts two wideouts inside the top 11 in receiving yards, no SF WR even cracks the top 50.

So with the 49ers once proud defensive line now ranking just 22nd in sack percentage, and Seattle potentially receiving some defensive reinforcements in the form of Jamal Adams’ return and Carlos Dunlap’s arrival from the Bengals (though neither has been confirmed in nor out at time of writing), I see enough edge in backing the healthier, more explosive team giving up less than a field goal.