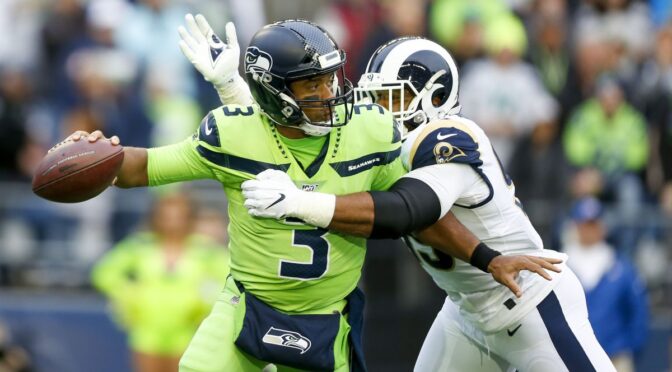 Over the past 8 seasons, home teams coming off a bye have covered the spread just 42% of the time, going 49-69-5 over that span. Logically, this makes sense due to the fact that recreational bettors likely massively overvalue the two metrics of home-field advantage and a week of rest, leading to extended lines that sharps can hammer knowing neither factor is as scale-tilting as they appear. This seems doubly true this season, where home-field advantage has been almost non-existent, with many professional handicappers now assigning home-field just a 1-point edge (at most) as opposed to the 3 points of yesteryears. This will come into play in a big way this Sunday, with the Seattle Seahawks heading to sunny Los Angeles for a key division battle with the upstart Rams who will be playing for the first time in 14 days.

In addition to both datasets (the first being the one linked at the top of this article), this is a bit of a sell-high/buy-low situation with the Rams after they went 5-3 to open the season. However, their record is likely overstated – with the 5 wins coming against the Bears, Giants, Cowboys, Eagles, and Washington Football team; not exactly a grouping that inspires confidence in the abilities of one’s team. Meanwhile, the Seahawks are coming off a high-profile loss against the Bills that was probably not as bad as it looked considering Seattle accumulated just one fewer total yard while outpacing Buffalo in average yards per play and nearly doubling their average in yards per rush attempt. It seems clear that the issue in Buffalo was the turnover battle, which the Seahawks lost by a 4-0 margin, something that is unlikely to repeat against a Rams team that ranks just 20th in turnover margin at -0.4 per game (for comparison, Buffalo ranks 12th and Seattle 9th in the same statistic).

So while the public may once again be overvaluing the home-field and bye-week metrics, leading to the Seahawks currently listed as 2-point underdog, I’ll happily cross both key numbers of 3 and 7 via a 6-point teaser and would likely bet the Seahawks spread even were it not for the dataset making up this week’s picks.