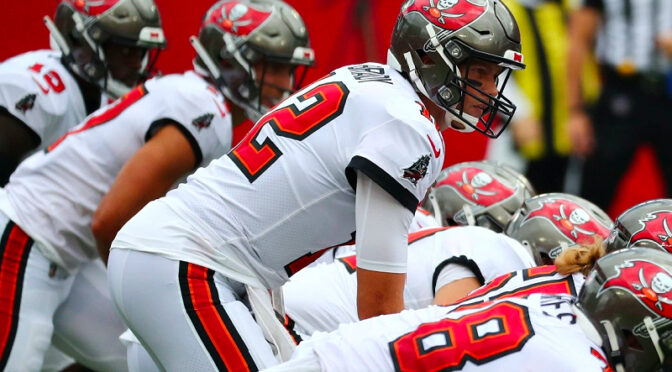 It’s not often I test my luck standing in front of a moving train, which is exactly what it feels like betting on the Tampa Bay Buccaneers after their betting line against the Chicago Bears moved from -5.5 earlier in the week to just -3.5 at time of writing. Generally speaking, when a line moves this aggressively later in the week I tend to assume someone knows something I don’t and stay away, but this time the ‘something’ that’s driving the market is quite clear: injuries.

Looking at Tampa Bay’s injury report this week, it would appear the Bucs will be in for a much tougher test than their fans were hoping for with Godwin, McCoy, and Watson already ruled out, Fournette doubtful, and Mike Evans and Scott Miller listed as questionable. Fortunately, Miller has already resumed limited practice and Evans has carried the same designation each week and has yet to miss a game, making it appear as though both are likely to play. And while the injury bug has hit Tampa’s ‘skills positions’, their 4th ranked defense has managed to remain largely unscathed, as has the offensive line that’s led Brady and Co to put up the 8th most points per game.

Meanwhile, the Bears – whose offense has looked absolutely atrocious for large parts of the season including last week’s battle with the Colts – will be dealing with some defensive injuries as well, namely safety Deon Bush and cornerback Sherrick McManis. And with Nick Foles getting yet another start over Mitch Trubisky in spite of putting up less than 250 yards in 42 attempts (with just 1 TD vs 1 INT) in his first start last week, the TB secondary which has limited opposing QBs to the 10th worst passer-rating in the league should be able to minimize damage against an often anemic offense and allow the greatest QB that’s ever lived to pick his spots en route to another ATS cover.

So although this will be a much tougher test for Brady and the Bucs if either Evans or Miller is indeed ruled out, as it stands now I’m happy to buy the half point and back Tampa Bay at -3.