Doug Polk gave his honest assessment of Daniel Negreanu’s heads-up abilities in a lengthy video on his YouTube channel. Overall, he came away impressed, but he did expose some leaks in the GGPoker ambassador’s game.

Polk and Negreanu, two long-time rivals who are no longer feuding, recently wrapped up a 25,000-hand heads-up no-limit challenge at $200/$400 stakes on WSOP.com. As expected, Polk won convincingly and profited $1.2 million.

But he admitted afterwards that he was surprised at how well Negreanu played despite having limited heads-up experience. The Upswing Poker founder, on the other hand, is one of the best heads-up players in history. So, he entered the challenge as a heavy favorite. Negreanu, however, was more competitive in the match at times than many expected.

Now that the match is out of the way, neither player has any reason to hide their thoughts on the play of their opponent. Polk had kept silent his opinion of how well Negreanu was playing because he didn’t want to let his opponent know in which areas he needed to improve.

But with the challenge complete, he opened up about the specific areas in which Negreanu played well and where he played poorly. The 49-minute video was honest and specific, and Polk gave some great insight into Negreanu’s game and also heads-up poker strategy in general.

Polk admitted he was surprised with how well Negreanu played, but he did mention there were areas of Daniel’s game that weren’t strong. Overall, he graded his opponent a “B or a B+,” and said “DNegs” would crush anyone who doesn’t specialize in the poker format at heads-up no-limit hold’em.

That’s some pretty strong praise from one of the best HUNL players ever, especially considering these two hated each other entering the challenge. So Negreanu has clearly earned Polk’s respect.

One area in which Negreanu struggles, according to Polk, is he is more prone to calling light than bluffing for value, and that makes him susceptible to paying off massive bets with the weaker hand. What he means by that is he thinks that Negreanu should fire rivers as a bluff with marginal hands more often than he check-calls with those same hands.

He also said that Negreanu made some “peculiar” checks in position that made no sense to him.

“There was one hand where he flopped the nut flush draw and I think he rivered a queen and checked it back with ace-queen,” Polk said in the video. “Really, he should have been value betting and he decided to check it back, and I think some spots like that maybe Daniel sees a little bit too much of the monsters in the closet.”

Polk praised Negreanu’s progression throughout the challenge. He felt his opponent wasn’t very strong early on in the match even though he was winning, but his heads-up game improved as he gained some experience.

Heads-up poker is quite a bit different than multi-table tournaments, which are Negreanu’s specialty. In heads-up, you play nearly every hand and rarely fold both pre-flop and on the flop. Bluffing and showing consistent aggression are two big keys to winning heads-up, but you also have to be willing to call big bets with marginal hands.

Polk then addressed Negreanu’s checking line. He said that the GGPoker ambassador did a solid job of mixing it up when checking back a flop from the big blind, balancing out those spots when he had big hands and weak hands. But he did say that when Negreanu checked both the flop and turn, he folded to a river bet too frequently, which Polk exposed repeatedly throughout the challenge.

“I don’t think he trapped enough when checking back the turn, so I think that’s a spot he can definitely improve on a little bit,” he said.

The three-time WSOP bracelet winner felt his opponent checked back rivers too frequently when he thought he’d get a call. Polk wrapped up the video by giving his overall view of Negreanu’s game.

“I think if I just go eyeball view on this, and I’m just kind of looking at a lot of the data that my team put together, I think he played really well overall, especially coming from not a heads-up background” Polk said of the opponent he faced the past three months. “And he didn’t really have a lot of spots where there were leaks to exploit.” 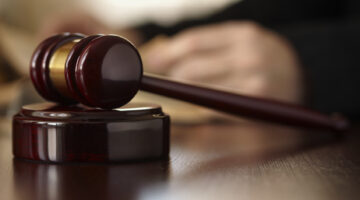 Orndee Inc does PR work for Postle ahead of bankruptcy filing 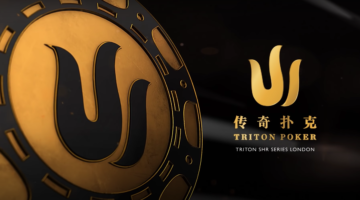