Accuse me of clickbait if you wish, but if you’re looking for a picture of the former model, you’ll have to Google it. But before you go, hear me out…

Multiple studies have shown that old people who gamble are “happier,” by scientific definitions of happiness. You can read one such reference here. I don’t find this the least surprising. As we age, our lives become more circumscribed, more attenuated. Predictability sets in, sometimes to a deadly degree. Gambling, even if there’s no money involved, introduces anticipation, variance, surprise – the very things that fall away in our older years.

Which is why I got such delight from playing poker with Cindy Crawford at the Lodge in Round Rock, Texas. That’s her real name, even though she’s not the former super-model. I’m not sure how old Cindy is – it’s none of my damn business of course, but I’m pretty sure she’s older than I am. And there’s plenty of people Cindy’s age who spend their days watching Bewitched reruns.

But Cindy, she was sitting at the $1/2 no-limit hold’em table with me. Hitting flops, missing flops, and taking an ugly beat when her kings were cracked by a top pair of jacks, whose seven kicker accidentally filled a one-card straight.

She smiled even bigger when legendary poker vlogger Andrew Neeme sat down in the #5 seat at our table, one chair to her right. I’m not at all sure Cindy watches Andrew’s vlog – she might not be able to tell you what a vlog is. But Andrew’s wonted charm worked its magic on her, and they had a big time visiting. I don’t know what they talked about – they carried on a quiet conversation as two normal people would, sitting a foot from each other. But clearly both were enjoying their time together.

At the risk of being a paparazzo, I discreetly grabbed a picture of them because, well, because this moment was what makes live poker tick for me. Two humans, from very different places in the world, and in life, having a genuine connection there at Lodge table #4 – a connection that couldn’t happen were it not for this silly card game that we love.

After a while – longer than I’d anticipated his staying – Andrew had to move along. There were other tables waiting for his presence, wit, and double straddles.

I know Andrew was moved by meeting Cindy. Cindy, her eyes twinkled as she went back to the ups and downs of a poker session – no predictable sitcom for her.

Me, I don’t even remember if I won or lost chips that session. I just knew I’d spent a lovely couple of hours playing poker with Cindy Crawford. 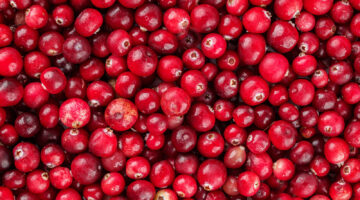