Virtue Poker’s Initial DEX Offering this Friday will have some additional festivities. To promote the launch, Virtue Poker is holding a celebrity charity tournament.

Virtue Poker is the first peer-to-peer poker network, using clever coding tricks to do away with the need for a centralized server.

The company describes its product as using “the unique features of blockchain technology in conjunction with peer-to-peer networking and advanced cryptography to provide a safe, honest environment for playing online poker.”

The charity tournament will provide an opportunity to show off how their product works. The whole thing will be streamed on Twitch. The format pits twelve entrants — nine celebs and one community member each from Virtue Poker, SuperFarm, and Ethernity — against one another. Players will each have an NFT as a bounty for whoever knocks them out.

The buy-in and guarantee have not been announced, though the presser refers to the stakes as “high.”

There will also be several rewards, including NFTs, for some of the viewers as part of a viewership giveaway.

The goal of charity

The Virtue Poker team are pretty clear that they are not holding the event out of pure, well, virtue. The focus is on more worldly things than helping one’s fellow human beings.

The CEO of Virtue, Ryan Gittleson, said the charity poker tourney is a way of “growing [their] community foundations” and “showcasing the platform.”

Virtue Poker has not even chosen a charity to support. Instead, the event’s winner will get to donate the funds to a charity of their choice.

Gittleson said of the charity event and IDO, “Virtue Poker is excited to take this next step to drive awareness and adoption of the world’s first blockchain-based P2P poker platform. Through our partnership with SuperStarter and the execution of our Celebrity Poker Charity event, Virtue Poker will be able to grow our community’s foundation as well as showcase the platform to a broad audience.”

It’s refreshingfor a CEO to be so honest about the purposes of his company’s charitable efforts. But it might not the best PR move.

You know their names

Phil Ivey, one of Virtue Poker’s sponsored pros, told the press that “after working with the Virtue Poker team for over 3 years, [he’s] excited to see the platform launch and be part of their first live stream event on this innovative platform.”

It’s hard to tell how excited he really is. The man has a perfect poker face.

Ivey will be heading up an impressive list of celebrity guests. The list includes figures from the crypto, sports, and poker worlds. As well as Ivey and fellow sponsored pros Dan Coleman and Brian Rast, the player pool will include: Joe Lubin, one of Etherium’s co-founders; Nick Rose, one of Etherium’s other co-founders and the CEO of Ethernity Chain; and Paul Pierce, stripper enthusiast and ex-NBA-pro.

Pierce and Ivey have been circling each other online with some pre-game banter. So far, neither has managed to take the fight to the Muhammed Ali-level smack talk of the Polk, Negreanu, and Hellmuth triad.

“Going to try and take down the GOAT @philivey on @virtue_poker next month. Who ya got?” tweeted Pierce. 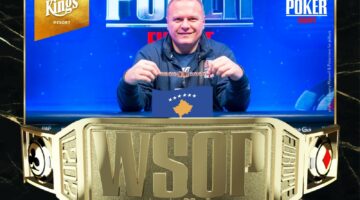 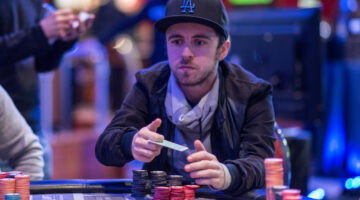