The series officially kicks off next week, but Jersey players are already running deep

The World Poker Tour (WPT) continues its efforts to enter strongly in the online poker scene and it has announced a brand-new online tournament to run this week. The first-ever WPT Online Poker Open is scheduled for this coming Sunday, and it comes with a $300,000 guaranteed prize pool. This event is a re-entry tournament with a buy-in of $400 and it is running exclusively in New Jersey. To get Garden State players geared up, WPT is already launching events ahead of the big tournament.

From now and until the event kicks off, several satellites have been made available for NJ residents. Qualifiers can be found for as low as $5. In addition to that, this special event is connected with a series of tournaments that began yesterday. The $300,000 GTD tournament is considered the main event for a total of 12 tournaments running this week.

The cases of COVID-19 continue to linger, especially in NJ, which deals with New York as the latter continues to be the epicenter of new cases. Therefore, casinos are only now beginning to reopen their doors after a total shutdown that started mid-March. For now, several of those poker rooms have opted to run online series to replace the live ones.

This series running this week has both PLO and NLHE tournaments with buy-ins as low as $5. Today, there will be two events running, Event #3: $20 NLHE with unlimited reentries ($2,000 GTD) and Event #4: $109 NLHE with unlimited reentries ($7,500 GTD). The winner of the WPT Online Poker Open will get the biggest share of prize pool ever given in this series. It also includes a trophy and a WPT VIP experience. The prize package is worth $11,000, which has $600 in travel expenses, and a $10,400 buy-in to the WPT Five Diamond World Poker Classic at the Bellagio in Las Vegas this coming December. 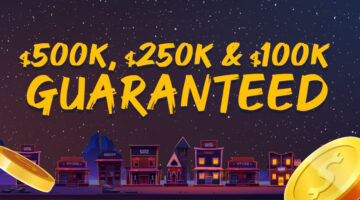