WSOP 2021: Guide for players and spectators

With the 52nd annual World Series of Poker nearly upon us, Poker.org wanted to help ensure that all visitors to Las Vegas have a fun and safe trip. Even if you are a regular visitor, this year’s COVID rules and health mandates at the WSOP are a new issue to be negotiated. If this is your first WSOP, we hope you find that the following prepares you for the experience, and helps you maximize your enjoyment.

Pre register for the WSOP

For WSOP events, we recommend pre-registration and online payment. If you find yourself in the happy situation of leaving a card room with a healthy profit, you may always ask casino security to escort you to your car or room. This may all sound like common sense, but you don’t have to spend much time in casino bars before some blitzed tourist yells “I won $30k on craps!” before staggering out to an uncertain fate.

Pre-registration is a good idea because Las Vegas has the urban crime problems of any U.S. city, magnified by predators attracted by a large tourist population with gambling dollars. Such criminals are well aware of when the WSOP is in town, regarding it as an opportunity. So given that carrying cash around is a necessity, limiting the amount through pre-registration is a smart decision.

To play in this year’s WSOP, all players must demonstrate that they are fully vaccinated against the COVID-19 virus. Such proof only needs to be presented once for those playing multiple events. Given that virtually everything at the WSOP involves long waiting lines, we recommend players speed the process by using the CLEAR app. Full details are provided on the WSOP site.

Spectator access to the WSOP in 2021 will be more restricted than in previous years. WSOP has, however, been vague on the number of spectators who will be given admittance into the playing areas. Like players, spectators must provide proof of COVID vaccination. If you want to see your hometown friend in action at the WSOP, we strongly recommend applying for a spectator pass as soon as possible after your arrival.

As reported earlier by Poker.org, WSOP has now dropped the mask mandate for the series that was previously in place. Players have the option to wear a mask at the table, but are not required to do so.

Where to stay, where to eat

The Rio is the convenient place for WSOP attendees to stay, but its outbreaks of room theft and Legionnaire’s disease are definite drawbacks. In Las Vegas, you get what you pay for. A room at lower-priced, center Strip properties like the Flamingo will be clean and practical. We are journalists and hence have never stayed in a Bellagio suite, but we’re told they’re nice.

Having a car opens up an extra realm of possibilities, particularly for longer stays. Las Vegas is pock-marked with a multitude of Airbnbs. For a small group of players, short-term rental houses are an attractive option.

Las Vegas is a spectacular destination for foodies. The Rio is about a mile south of Chinatown, which is packed with restaurants offering cuisine from all over Asia. If you enjoy Indian, Chinese, Thai, Korean BBQ, and a stunning fusion of such cuisines, you’re in for a treat.

The more traditional steakhouses continue to be a Las Vegas hallmark, with other favorites such as sushi being plentiful. The famous chefs with restaurants in Las Vegas reads like a culinary all-star list, and includes Joël Robuchon, Emeril Lagasse, Gordon Ramsay and José Andrés.

Prep for health, safety, and weather

Moving the WSOP from its usual mid-summer slot means being outside will be relatively pleasant. Instead of daily highs of 110°F, expect peak temperature at the beginning of the series around 90°F, dropping to the low 70s during the Main Event. By that time, overnight lows typically fall into the 40s, and with wind screaming through the valley it can be positively chilly.

Even with these lower temperatures, please be aware that the low humidity of the Las Vegas valley makes dehydration a daily issue. The simple solution of drinking plenty of water is anathema to some tournament players, due to the resulting frequent bathroom breaks. Missing an orbit is preferable to a dehydration headache or something considerably worse.

Most poker players likely include playing one WSOP event on their lifetime bucket list. There are those who would argue that playing one such event is also the maximum anyone should play. Las Vegans take a great pride in their town, and the thought that someone might only play poker at the Rio makes them wince.

Tournament players now have five other major series they can sample during the WSOP. The Wynn, Venetian, and Golden Nugget announced last month series that overlap to varying degrees with festivities at the Rio. The Orleans and Aria added their names to local tournament alternatives this week.

In terms of cash action, we previously reported that the Flamingo, Bally’s, and Caesars Palace would all close, with staff being moved to the Rio. Our latest information is that this is indeed the case for the first two rooms, but that Caesars will remain open for cash traffic.

The rooms holding tournament series typically use overflow areas for tournament tables so they can continue to serve cash players. Be aware, however, that these and other rooms are packed during the WSOP, leading to long wait times for a seat. Some rooms place players with a high-level loyalty card at the top of those lists, so if you have one, present it at the podium.

Things to do in Las Vegas (beyond poker)

If you are determined to make your Las Vegas trip all about poker and nothing else, we admire your monomaniacal dedication. However, Las Vegas has become a popular tourist destination for reasons independent of the WSOP, poker, or other forms of gaming.

Even beyond the showgirls, Cirque du Soleil, and famous performers, Las Vegas has a lot to offer.

Museums span a broad and unusual spectrum that includes exhibits featuring organized crime, pinball machines, and nuclear testing. Classic paintings are displayed at numerous galleries such as the Bellagio Gallery of Fine Art, while puzzling modern sculpture sprouts at the Wynn-Encore like mushrooms after rain.

And if you want to spoil an otherwise enjoyable walk, there are plenty of places to play golf. 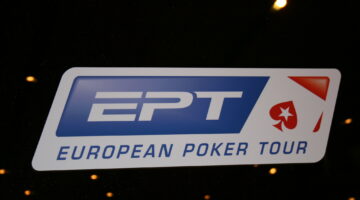 EPT heads to London for the first time in 8 years 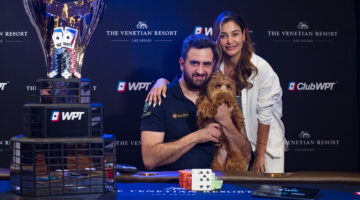 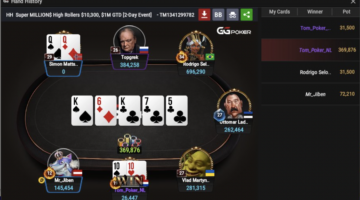