Yesterday, the outgoing Czech Prime Minister, Andrej Babis, announced a state of emergency in the Czech Republic. The announcement was triggered by an enormous spike in COVID cases, hospitalizations, and deaths over the last few weeks.

The number of confirmed new cases on Wednesday, November 25, exceeded 25,000 in Czechia. At the start of October, this rate was under 1,000. 25k cases/day is the highest daily case rate in Czechia since the start of the pandemic.

The spike in cases and heightened restrictions come close on the heels of short-term lockdowns in Austria and Slovakia. Both of these nations are on Czechia’s Southern border. The announcement also happened to fall six days into the World Series of Poker Europe.

There are another two-and-a-half weeks of poker (ending on December 8) planned at King’s Resort, Rozvadov. The WSOPE and King’s Resort are having to adapt to the new situation on the fly.

Czech COVID emergency at the WSOPE

The new rules include a cap of 1,000 people at “cultural, sporting and educational events” like the WSOPE. There will also be a 10 PM curfew for restaurants and bars.

The WSOPE already had pretty stringent COVID protections in place, even before this announcement.

All the staff at King’s Resort, Rozvadov, are vaccinated. King’s also has its surfaces regularly cleaned and sanitizer is widely available on site. Above all, all WSOPE participants are required to show a negative COVID test, proof of vaccination, or proof of recovery from COVID in the last 180 days.

In response to the new government regulations, King’s Resort is adding caps to the WSOPE’s fields. For example each Day 1 flight of the Colossus is capped at 500 players. The company is also adjusting event start times. All this will help King’s to manage the number of players in the casino at any given time.

“As of tomorrow, new government restrictions in the #CzechRepublic will be enabled and that has an influence on the @WSOP at @PokerroomKings,” Zetsche wrote. “All tournaments will go ahead as planned with adjusted earlier starting times and caps in place.”

Zetsche also confirmed in the same thread that antigen tests are available on-site.

What to expect going forward

Further alterations may be made to the event over the next few weeks to accommodate any further government strictures. At least one region in the Czech Republic has banned social gatherings for the next two weeks. The state of emergency gives the government powers to add further restrictions on gatherings and people’s movements.

The right to exercise those powers will not be in Babis’s hands for much longer.

Babis is seeing out the last few days of his term as PM. He will be replaced on Friday by Petr Fiala at the head of a center-right coalition. The state of emergency is expected to last 30-days. However, Fiala announced his intention to review the new restrictions once he takes power.

“It is obvious that COVID will be here for longer,” Fiala told the press. “And we have to learn how to live with it, how to deal with the situation.”

For the moment, players attending the WSOPE should make sure to check event start times for changes. They may also want to get to the cage early in order to register before events reach their cap.

WPT Global takes the seven-deuce game to a new level 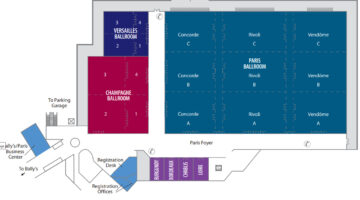 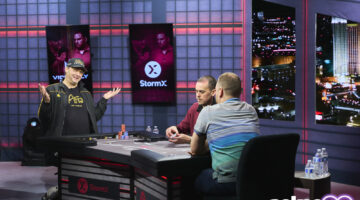 Phil Hellmuth and Scott Seiver clash for $800,000 heads up prize