When we last left Ben Adler, he was just driving into Las Vegas to begin his new life as a poker pro and personal assistant to Benton Blakeman.

“Exhausted. I went straight to Benton’s house, with a car full of my stuff. I met the guy with whom I’d be sharing the townhouse – Murph. Benton’s wife fed us a delicious meal, and I even got to meet his mom, who’s a lovely woman. It was a long day, and obviously a stressful time, but I felt welcomed and cared for, which was huge.

“I got up the next morning and had breakfast at Blueberry Hill on Flamingo with Dan Spargur, another member of the Hand History Lounge family. Then we went over to Resorts World, and I won $1,000 in the first hour. For that first hour, I bet I had the highest hourly earn of any poker pro in Las Vegas.

“Then we went over to the Rio, where Benton was at the TV table of the WSOP main event. I got to be there when the Main Event bubble burst. The atmosphere was – it was electric. Jack Effel running around everywhere to see one all-in or another, it was crazy. Really a hell of a first full day in Vegas.”

Now get to work

“What was it like making the transition from vacationing poker player to local pro?”

“Surprisingly difficult. When you turn pro, you have to make a huge mental shift: I’m not here to party, this is where I live and what I do.

“You know, I’ve been to Vegas plenty of times. And I’d rock up here, hang out with friends, go to restaurants, see shows, play poker – it was one big party for however long I was here. The poker losses were just part of the vacation costs, or the wins helped pay for the trip.

“Now, the wins and losses mean more – this is how I feed myself and provide for my day-to-day lifestyle. But I’ve had people help me make that adjustment – Benton has been amazing, and I’ve had some great sessions with Tommy Angelo. They’ve both coached me in how to have a pro mindset, which has been invaluable.

“Like, I don’t eat on the Strip anymore – I can’t afford it. Vacation Ben ate on the Strip. Pro Ben eats at Abuela’s Tacos on Sahara. Or better, gets his meals comped.”

Biggest difference of being a pro

“Learning to let individual results go. If losing $300 in a $1/3 no-limit game puts me on tilt, I’ll never be a successful pro. If I can look at a session and think, “I made good decisions,” then I’m happy.

“I’ve been fortunate because my first month out I’ve had really good results. I was worried that I might come out here and put a big dent in my bankroll. But instead, I’ve made very good money, despite an extended Thanksgiving vacation back in Chicago. Obviously, that’s one month of results and not statistically meaningful, but it’s a good start and a great confidence booster.

“How do you feel about the level of competition?”

“I feel pretty good about my chances. I’m mostly playing $1/3, and the games are good. There are three major rooms on the Strip: Aria, Bellagio, and Wynn, with Resorts World, South Point, and Venetian being second tier. You can sit in a $1/3 game in any of those rooms, and they’re all soft. Every once in a while, you stumble into a game where there are two or three good regs, but that’s so rare. Usually, three guys wearing matching sports jerseys sit down and order beers…

“Yeah, exactly. And I’ll tell you another skill I’ve gotten good at: table selection. If I find myself in a bad game, I give myself about half an hour for it to turn good. If it doesn’t, I’m at the podium, giving the floorman a nickel to move me to another game.”

“Best investment you can make. Look, there is no need to be in a bad game in this town, because there’s always a good one somewhere.

“Back home in Chicago, I’d drive an hour to the Horseshoe in Hammond, Indiana. If the game was bad, I just stayed in it – I’d driven an hour to get there, and I didn’t have the discipline to get up and leave. Now… well, there’s this guy, Ryan Pool, who is also in the Hand History Lounge. He’s doing pretty much the same thing I am. And we’re the floor staff’s worst nightmare, bouncing around the tables like a game of Frogger.

“When you get up to higher stakes – $2/5 to some degree, and definitely when you get bigger – the choices are limited. So you’ll hear people saying, ‘There’s a great $5/10 at the Wynn right now, but everything else is crap.’ That’s not the situation I’m in.

“Can you give us a hand that illuminates an important component of being a pro?”

“I can give you a million, but we’ll start here.

Button and big blind call as well. So there’s $80 in the pot, the flop is J♣6♣2♠ . I’ve got top pair with the second best kicker – good for me. The opener bets $25. I call, and the others fold. Turn is the 4♣ , putting a third club on the board. The original opener checks. I bet $55. I think this is a perfect bet/fold opportunity for me. That is, I think I have the best hand, and I bet to get value from worse hands, and to charge draws – specifically hands with a singleton club. But if he check/raises me, I’m instantly done with the hand. Old Ben checks back there because I’m afraid of the flush. Pro Ben isn’t ‘afraid’ of the flush. If he doesn’t have it yet, I want to charge him. If he does have it, he’ll tell me right now and I get away.

The villain tanks, and calls. The river is an offsuit jack, giving me trips. Hooray for me. The villain checks, I bet $115 into $190. The villain thinks briefly, and then shoves all-in. I tank for a bit, then fold. That was my mistake.”

“What was your mistake?”

“I should have folded in a millisecond. Look, river check/raise bluffs are as rare as snow in Vegas. He’s not check/raising worse. But what’s important here is that I’m not just looking at my hand, saying, ‘I have trips – I have to call.’ I’m saying, ‘Sure, I have trips, but what does that guy have? The absolute value of my hand means nothing – it’s only how it ranks against his hand.’”

“Exactly right. If you want to win at this game, you have to level up.”

“What are your office hours?”

I don’t have a fixed schedule, but mostly I play at night because that’s when the games are good. You go in on a Tuesday morning, and it’s OMCs – ‘Old Man Coffee’ – a retired guy reading the newspaper, drinking coffee, waiting for the free doughnuts, and folding; and regs – ‘regulars’ – solid, if not pro, players. I don’t need that.

“But you go at night, man – if you’re into people-watching, a Vegas casino at night… it’s the Grand Ol’ Opry. The alcohol is flowing and people are there to party. That’s when I make money.

“In fact, a couple of weeks ago, I was playing on Friday night, and I just wasn’t feeling it. I wasn’t playing well, and I knew if I kept playing, I’d tilt and probably lose a bunch. So I picked up and left. Ryan Pool saw me leaving, and wanted to check my pulse. It was 10:45pm on a Friday night at the Aria – that’s absolute prime hunting season – and he was worried about me that I was leaving then. But that’s just me making good quitting decisions.”

“Good quitting is crucial, for sure. You mentioned the Aria. Is that your regular location?”

“Yeah – the Aria is my office. The staff is great, the dealers are excellent, and there are always plenty of games. Last night was Sunday night and there were literally a dozen $1/3 NLHE games running. I bet ten of them were good games, some of them awesome. I mean, sure, I have a choice of 4-5 rooms to play in, and the Bellagio room is just a tram away. But if I’m on the tram, I’m not in the office. When I can choose from 10-12 games in a room I like, why would I move?”

“I don’t need that long. Somebody sits down, and in 10 or 15 minutes I know if they can play. They’re drinking heavily, they’re limping in and calling raises preflop, they’re cold-calling raises and three bets. They’re betting $15 into $120 pots. I mean, they may not even know how to hold their cards. You remember that scene in Rounders, where Mike is playing in Atlantic City? He and the regs just win all the money from the tourists? It really is like that.”

“I love that scene.”

“On the good nights, that scene could be a documentary shot at the Aria. Two or three decent-to-good players winning all the money. If I don’t see enough people at the table giving off those ‘weak tourist’ vibes, me and a red $5 chip are going to the podium to find a better game.”

“Well, since you’re up and out of your seat, let’s call this one a wrap. Thank you for your time and insight – we’ll be talking more soon.” 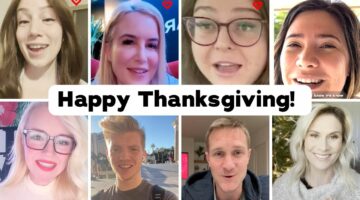 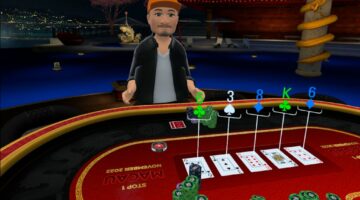 Exploring the Virtual World of Poker 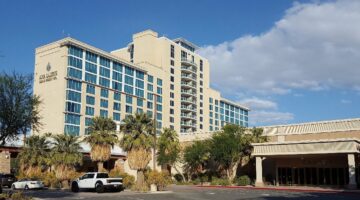