The biggest poker story of 2019 took a turn that left many in the poker community stunned in 2020.

After reaching a settlement with the defendants in one of poker’s most infamous cheating scandals, plaintiffs’ counsel MacVerstandig released a statement exonerating Stones Gambling Hall and the casino’s poker room manager, Justin Kuraitis, of any wrongdoing.

Stones Gambling Hall reached an agreement with some of the case’s plaintiffs, which stemmed from alleged cheating in poker games at the northern California casino. The settlement pays an undisclosed amount to 61 of the 88 plaintiffs in the case, with only those opting into the agreement coming away with a cash sum.

The 88 plaintiffs in the cheating lawsuit brought on gaming attorney Mac VerStandig to represent their side in an unprecedented case. VerStandig, in an interview with the Sacramento Bee, announced that most of the names on the plaintiffs’ list chose to take part in the undisclosed payday and settle the case.

“A number of my clients chose to settle the case with the casino,” Verstandig told the Sacramento Bee via telephone. “It’s an amicable settlement that we’re happy to enter into.”

The settlement might not come as too much of a surprise in the poker world. The 61 individuals who agreed to settle receive some kind of compensation for what happened during Postle’s unheard of winning streak during Stones Gambling Hall live streams.

What might come as a shock is VerStandig’s post-settlement statement. Without directly mentioning Postle, VerStandig stated that neither the casino nor Kuraitis was guilty of cheating or any other kind of foul practice.

The statement, according to the Sacramento Bee, praised Kuraitis and Stones for their cooperation in the case.

“After reviewing evidence with the cooperation of Stones, my co-counsel and I have found no evidence supporting the plaintiffs’ claims against Stones, Stones Live Poker, or Justin Kuraitis,” said the statement. “My co-counsel and I have found no forensic evidence that there was cheating at Stones or that Stones, Mr. Kuraitis, the Stones Live team, or any dealers were involved in any cheating scheme.”

“Based on our investigation, we are satisfied that Stones and Mr. Kuraitis were not involved in any cheating that may have occurred. While Stones has not spoken publicly regarding the details of their investigation during its pendency, its counsel and Mr. Kuraitis’ counsel have been immensely cooperative behind-the-scenes.”

The plaintiffs’ list includes players who competed against alleged cheater Mike Postle over a 14-month period from July 2018 through September 2019. The live-streamed games at Stones Gambling Hall featured Postle going on an unprecedented heater, racking up more than a quarter-million dollars in wins.

Postle rarely lost in any live-streamed session in which he participated in that time period. The broadcasts show numerous instances of Postle making unorthodox plays, with an improbable knack for coming out ahead.

The frequency and nearly 100% success rate of Postle’s high-risk playing style instilled doubt about the legitimacy of Postle’s methods to some close observers. In September 2019, allegations of Postle cheating in the live-streamed games hit the poker mainstream.

Those accusations eventually snowballed into a $30-million lawsuit against Stones Gambling Hall, Postle, and poker room manager Justin Kuraitis. That lawsuit was settled earlier this week, however, in a fashion that has many in the poker community shocked. 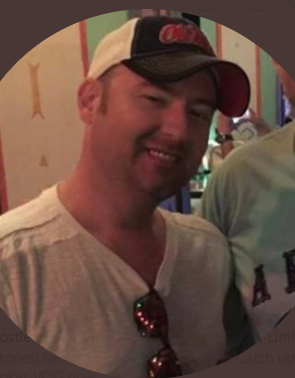 Mike Postle made his first public statement in months to the Sacramento Bee Tuesday. The alleged poker cheater continues to deny any wrongdoing. Image source: Twitter

Postle defends himself in wake of the settlement

When the cheating allegations started coming forth last fall, Postle emerged as the main character of what’s considered one of the biggest poker cheating scandals in the history of the industry. Postle was at first highly vocal in his own defense but went silent as the entire poker community began to weigh in on his actions in Stones’ live-streamed poker cash games.

Those actions included a repeated pattern of perfectly-timed bluffs, thin value bets, and overall success that resulted in Postle being portrayed as a poker deity of sorts on the Stones’ live streams. Included in that pattern was Postle’s unusual behavior during many big hands, in which Postle often spent considerable time looking down at his lap, and not at the table or his opponents.

Postle’s unreal run eventually caught the attention of Stones regular Veronica Brill, who became the first to publicly accuse Postle of cheating on social media. A storm of unwanted publicity for Postle followed, with seemingly the entire poker community and even ESPN SportsCenter’s Scott Van Pelt chiming in on the situation at one point.

After months of silence, Postle engaged in a text message exchange with the Sacramento Bee, published Tuesday.

“As much as I’d like to say, all I can really say right now is that I have my side of this entire fiasco to tell,” Postle said in the texts. “It won’t just shock the poker and gambling industries, but the entire world.”

“This all goes way beyond just my innocence, but includes an entire incredible 17+ year story along with it, and what’s happened since the allegations,” Postle continued.” In fact, it’s such a mind-blowing story, that it’s being told to Dave Broome at 25/7 Productions who will be producing a wild documentary for the world to see on it!”

“I’ve been waiting for many, many months on this and I’m anxious for it to finally come out. So to all the detractors and accusers who have asked, ‘Why hasn’t he spoken or provided his evidence of innocence and explanations?”

Kuraitis is breaking his own silence, taking to Twitter to launch into a detailed rebuttal of the accusations against him, the casino, and Postle.

PokerStars and Red Bull Racing Celebrate One Year of Partnership