Negreanu, a minority owner of PokerGO and a frequent participant in the company’s tournaments, also jumped to the top of the Poker Masters’ series leaderboard with Sunday’s win. The series’ leaderboard champion wins the “Purple Jacket,” a riff on the green jacket awarded each year to the winner of golf’s Masters tournament. Negreanu also won the leaderboard chase in July’s PokerGO Cup series.

“It’s huge,” said Negreanu, following his win. “Poker Masters means a lot to me because I remember the first one that they had. I remember it was the first moment that I realized, ‘Oh my god, these guys are just better than me.’ It made me realize that I have to go back to the lab and work.

“Then to see the work pay off in the PokerGO Cup is awesome. To go back to back, with a chance now to come full circle and win the jacket, I really feel strongly not only that I can but I feel like I’m going to win it. I feel like I’m running well and everything’s going good.”

Negreanu comes from behind to top Petrangelo for title

This $10K event was already down to its final five players when Sunday’s action began. Nick Petrangelo held the lead early on and stayed there almost until the end, when Negreanu reeled him in. Each player picked up an early knockout, and then Negreanu sent Vikenty Shegal to the rail in third. Negreanu, though, still trailed Petrangelo by a 5:3 margin as their heads-up duel began.

The end came soon after. Negreanu found pocket aces on the button and limped in. Petrangelo had Qs-10s and shoved in his remaining chips. Negreanu quickly called. Petrangelo needed big-time help, but the board ran out 4c-Kd-5h-6c-Kc, never even offering a sweat. The hand and the title were Negreanu’s. 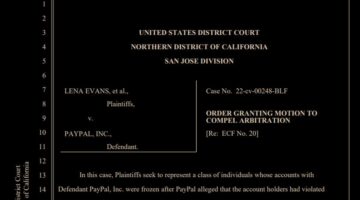